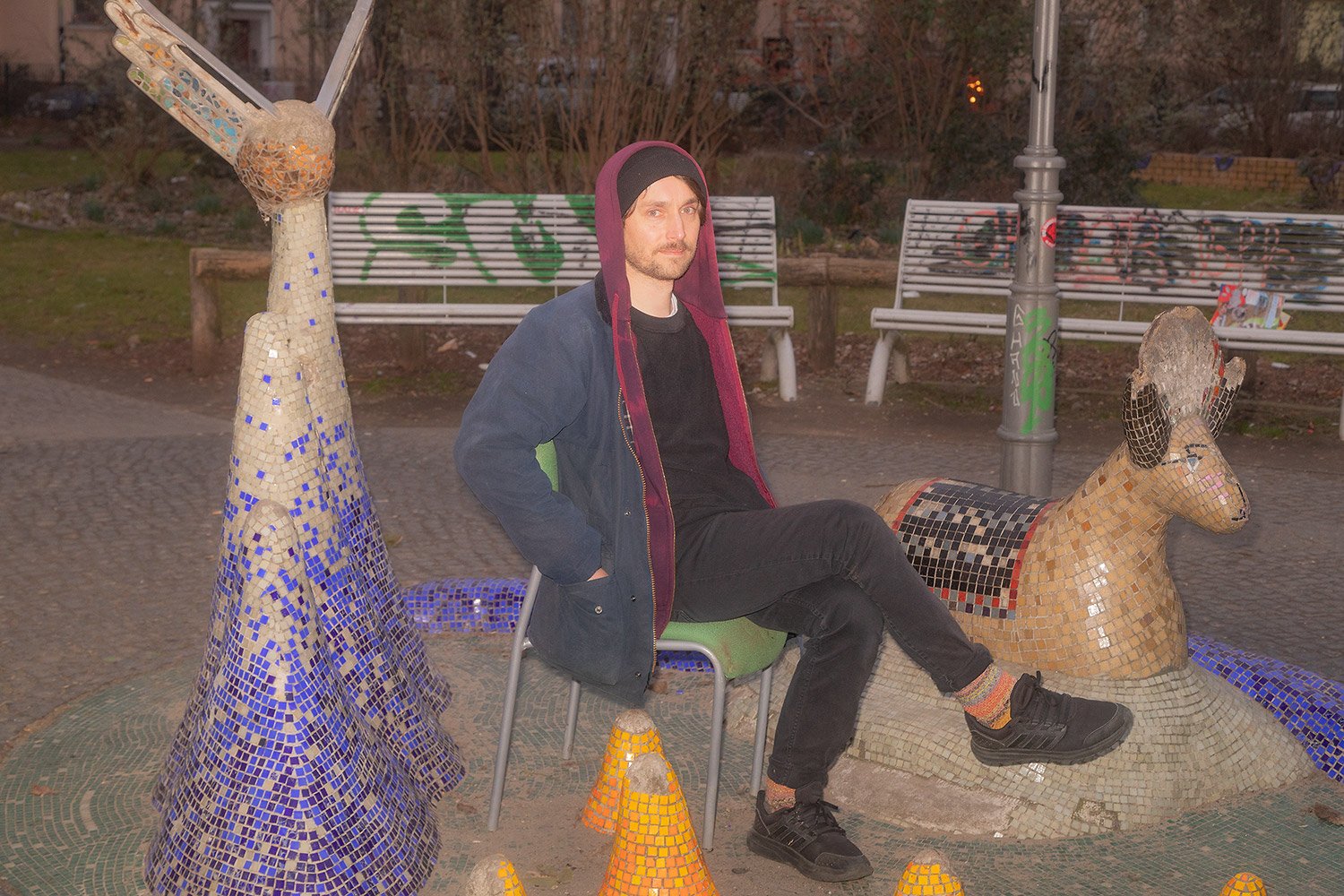 Order the album on vinyl here.

A city like Berlin provides attentive residents with too many impressions rather than too few. Instead of complaining about sensory overload, the Berlin musician Pink Lint absorbs these impressions and then processes them in his music. The result sounds a bit like a mixture of Blue Velvet (film by David Lynch) and Bambi. Garnished with found sounds and field recordings, Pink Lint's songs become sonic and lyrical origami. In his Neukölln apartment, Oliver Burghardt aka Pink Lint works on his musical laboratory experiments – orchestral recordings are blown up and birdsong gets bent into shape (after feeding the aforementioned species, of course). Together with long-time collaborator and producer David Hoffmann he has now finished his third album "Ü" – a comprehensive work somewhere between anti-folk, indie and avant-garde pop. In the production process, which lasted several weeks, numerous small "happy accidents" happened, which can now be heard on the album.

💅 First show of the year coming up – this Sat

Hello! I always wanted to make some music during t

Hello! I always wanted to make some music during t

Hello! I have a few live videos laying around …

Hey, i wanted to share some photos that Ivan Shvac

The Tour is over, time to calm down … thank you